After an insufferable last day in Thailand with our record food poisoning experience, we finally headed over to our final destination in Southeast Asia— Indonesia! We were a bit torn with backpacking Indonesia from all the rumors we’ve heard in Australia.

On one hand, we heard the beaches are great and the surf is amazing but on the other, we were told that it was the drunk Australian vacation place (well, at least in Bali). And while we were in Asia, Jack didn’t want to feel like he was home yet before he really had to be! So we were a bit iffy on coming to Indonesia, but boy, we are glad we did because we absolutely loved it!

We only had two weeks here and it happened to be during Ramadan (a misjudgment of timing on our part). So travel became a bit hard since companies were on a full stop and we had to rework our route and plans.

Nonetheless, we loved the places we were able to visit and we can’t wait to go back to revisit the rest of the country.

We started off by flying to Bali and went straight to Ubud to get our zen on. We then sailed to the amazing Gili Islands, where we stayed a few days in Gili T and Gili Air. After a few days of absolute bliss, we went for our first surf in Kuta, Lombok (not to be mistaken with Kuta, Bali).

We wanted to go to Flores and Komodo Island, but due to Ramadan, many tour operators and airlines were closed for the week. We ended up in Seminyak, Bali as our final destination in Southeast Asia where Jack was reunited with every other Aussie and their moms on their winter vacation.

Backpacking Indonesia exposed us to some of best beaches, the most beautiful ocean water Asia had to offer and probably the healthiest food and best coffee as well. We only scratched the surface of Indonesia so we can’t wait to go back and explore more! :)

Farewell, Asia. We had a blast!

ONE –  Get your Caffeine fix
Go on a coffee tour in Ubud and try the famous Luwak weasel poo coffee (also known as the most expensive coffee in the world!)! Many tour operators have tours that include this plus visits to temples and rice paddies. The tour is good fun but make sure you understand what you are paying for before going on tour (we got a bit scammed on that!).

TWO – Learn to Surf
Learn to surf in Kuta, Lombok. Surf lessons that include surf rentals and a motorbike (plus the surf holder) are only $30 a day! If you already know how to surf, you can rent a board for $5 a day and it usually comes with a motorbike rental to ride to any beach cove to surf. Lombok was a great place to learn to surf!

THREE – Island hop to the Gili’s
Check out the Gili islands! Seriously, the Gili’s were some of the most amazing islands we have seen in all of Asia. Gili T is known for its bar and party scene and Gili Air was just a taste of paradise that we needed (Gili Meno is the quiet, small one but we didn’t visit). We did a snorkel tour around the Gilis were we spotted some of the best marine life we have seen in all of Asia including turtles!… I shall name him CRUSH!

FOUR – Visit the Sacred Monkey Forest
Check out the famed Sacred Monkey Forest in Ubud and play with some cheeky monkeys! You can feed them, touch them, and if you are courageous enough, have them climb onto your shoulders for a great photo opp! But be careful, they are hungry and will try to get into your bag for some snacks.

FIVE – Be like kids again at the Bali Water Park
Have a blast at Waterbom Waterpark in Bali. We went for our last day of our backpacking trip and we felt like kids again! Whole day passes for the park are around $33 and it is definitely good fun.

SIX – Climb an volcano
Climb an active volcano! How often do you get the chance to do that? There are quite a few active volcanoes in Indonesia that have organized tours to go up, with your very own personal porter, tents to to camp out, and the thrill of climbing a volcano (but that’s a given). Mt Rinjani and Mt Batur are pretty popular ones to climb- you can even see the crater lakes at the top!

SEVEN – Face your fears at Komodo Island
Although we didn’t have the time (and because of Ramadan), you should definitely check out Komodo Island. There are tours that take you for a few days where you get to see a few islands including Flores, Rinca Island and of course, Komodo Island. We had a few friends that went and said it was the highlight of their trip!

EIGHT – Party in Kuta, Bali
As much as we tried to avoid it, the Kuta, Bali party scene is pretty on point. Cheap drinks, pumping music, the beach, and every other Australian and their moms were all there to have a killer time! It was definitely a lot better than we thought, and definitely a wonderful goodbye!

There is a visitor visa for Indonesia, which you can get upon arrival for $35 USD.

They do have a few odd requirements to enter Indonesia like 6 months passport validity and 2 blank passport pages, but otherwise, they are very easy to obtain at any airport! Please note, there are also departure fees from Indonesia that range from $20-$23 USD. For more information on Indonesia Visa information, please click here. Or you can get these guys to organize everything for you. They are amazing and make everything super easy and straightforward”.

The weather was pretty warm depending on where you were. The Gili’s and Lombok had such perfect beach and tanning weather but on the other hand, Bali and Ubud was a bit cold and rainy. It still had its beautiful moments where we could hang on the beach but it was a touch colder than the other remote islands in Indonesia.

While we were backpacking Indonesia we noticed Indonesia was huge on homestays so we didn’t actually stay in many hotels while we were there. Home stays are more homey, personable, free breakfasts (usually), and best of all, you feel like you are really immersed in local and cultural life. So it was perfect for our last leg of our Asia trip.

We split our stay in two places. We loved our home stay in Ubud at Nicks Homestay. We felt as it was pretty close to all the markets and restaurants in Ubud, and there were plenty of tours running from the center! It is nice, clean, affordable, delicious breakfast and the family is so sweet! They truly made us feel welcomed!

The second place we stayed at was close by, called Teba House Ubud. It was a bit smaller than Nicks but still really pleasant! Good location and good prices-can’t ask for more!

A buckelist for many is to see the Hanging Gardens in Ubud. They have infinity pools overlooking endless rice paddies and forest and it is definitely worth checking out for a night!

We found Indonesian food quite healthy, probably because in Bali, there is a huge new healthy food culture coming up! In Ubud and Kuta, we found ourselves eating quinoa, salads, and probably some of the best coffee in all of Southeast Asia!

Now, we realised that we were traveling in indonesia so we also explored a lot of the local food (I think we just were extra cautious after the food poisoning! >_<)

A popular dish is Mi Goreng. Yes, college kids, you heard right, it’s a real food! Mi Goreng is simply stir fried noodles with a tasty sauce and veggies. It wasn’t anything like pad thai noodles, but still delicious!

Another popular dish that we often had was Nasi Goreng; rice stir fry! They usually came with a sunny side egg on top, that way when you break it, the yolk kind of becomes the sauce!

It was yummy but still a bit safe in terms of trying Indonesian foods.

Since Jack loves his protein, we still ate some satay skewers, tender meat skewers cooked over coals. With the choice of meat, pork, and chicken, and choice of marinade, these skewers are BBQ’d and cooked to perfection! 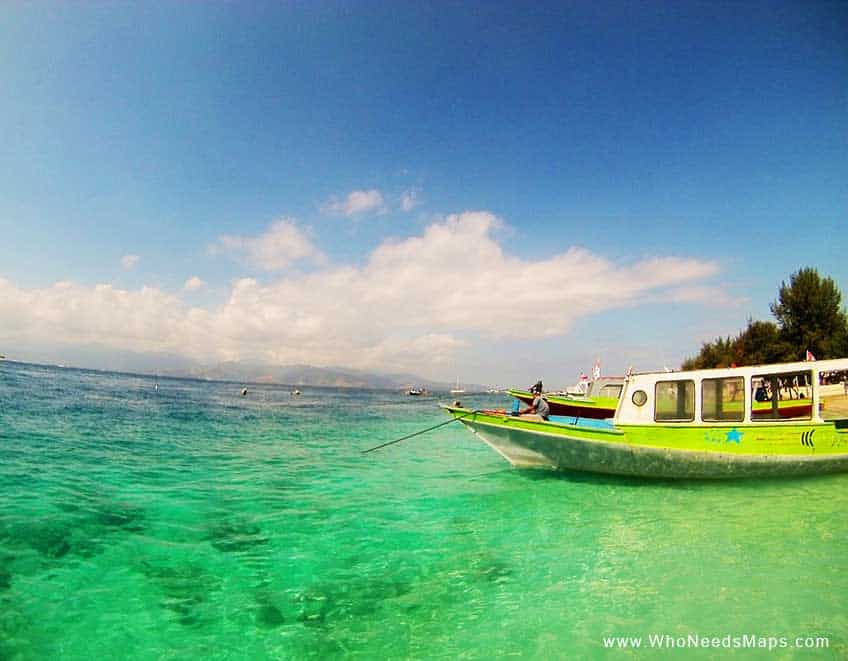 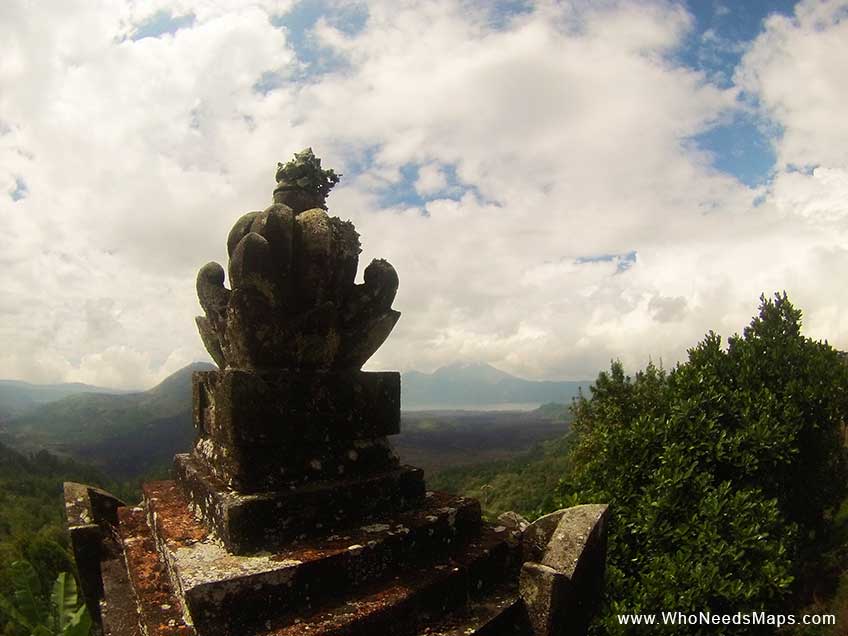 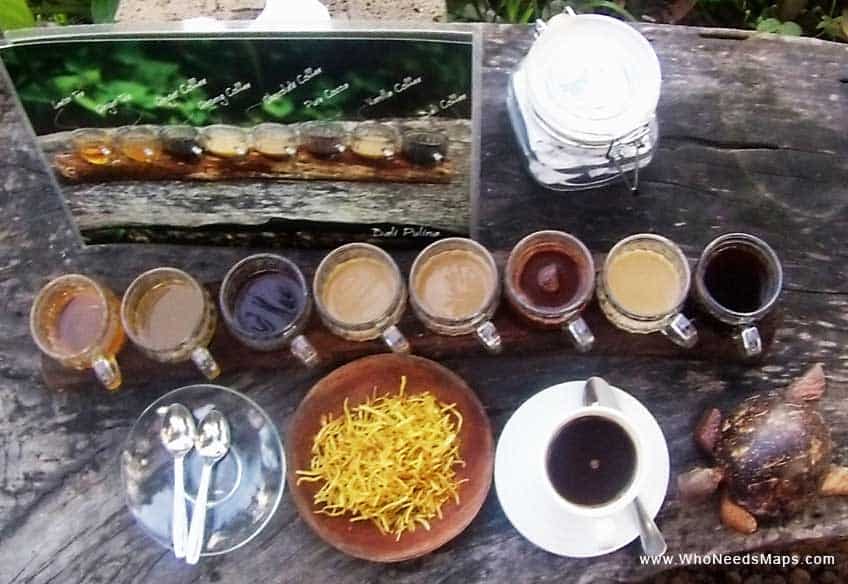 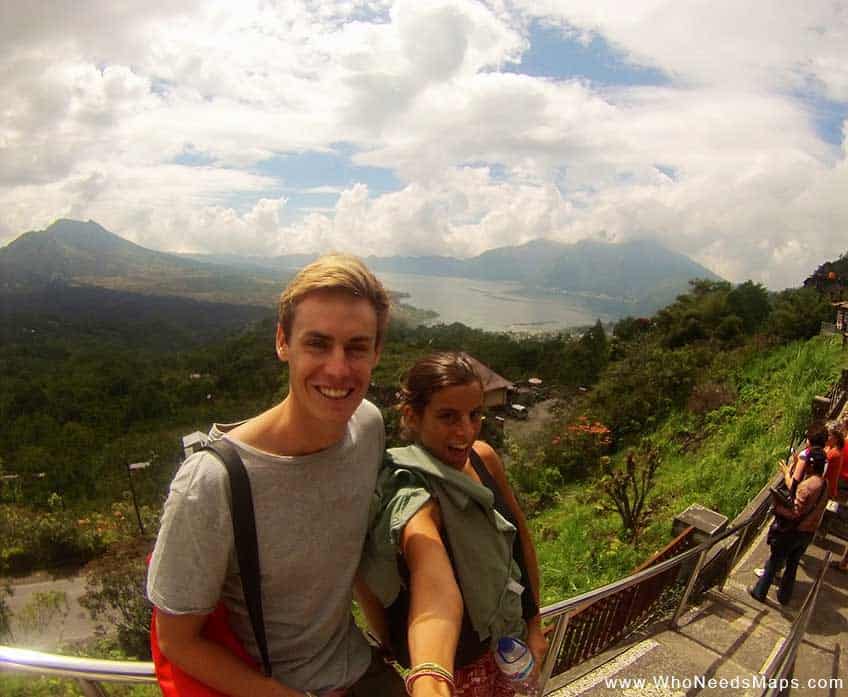 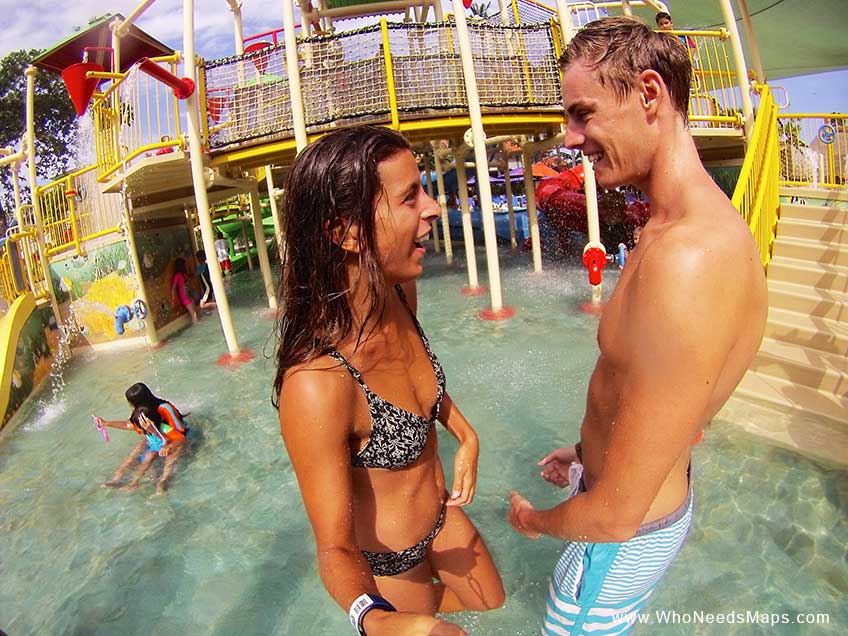 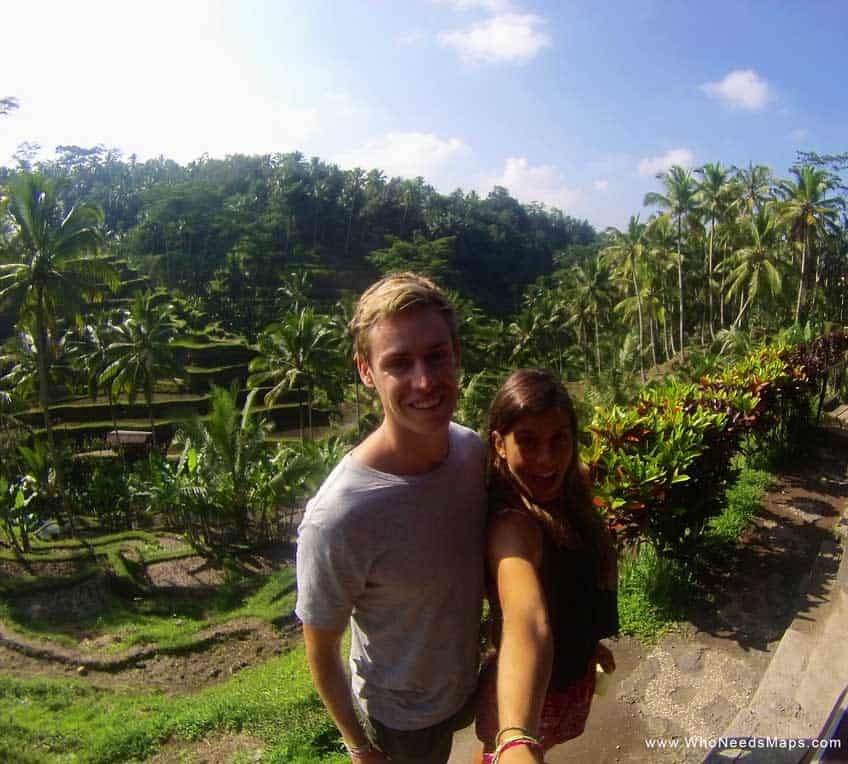 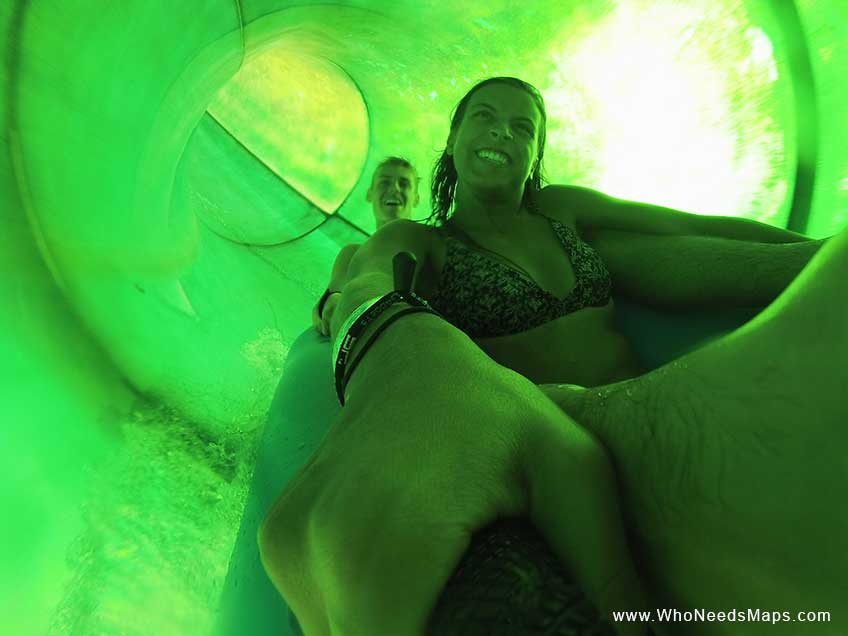 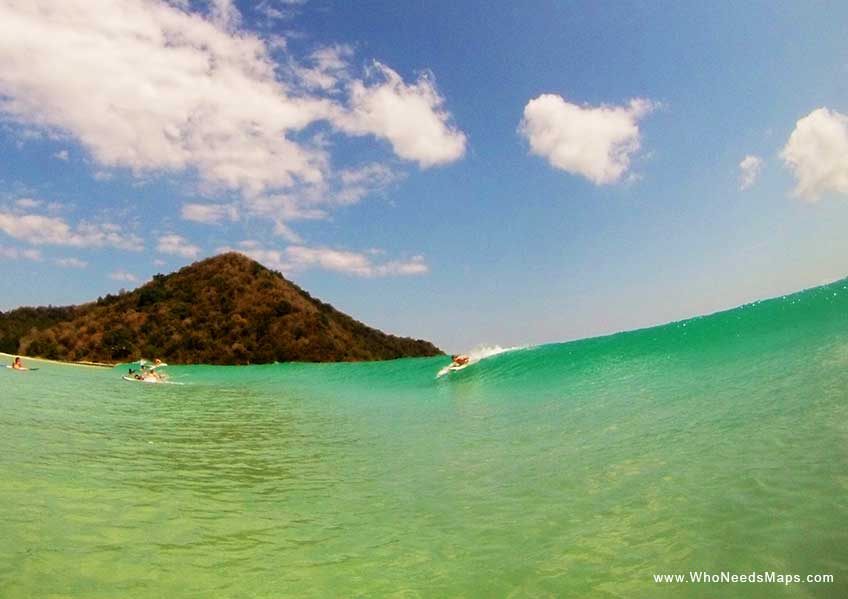 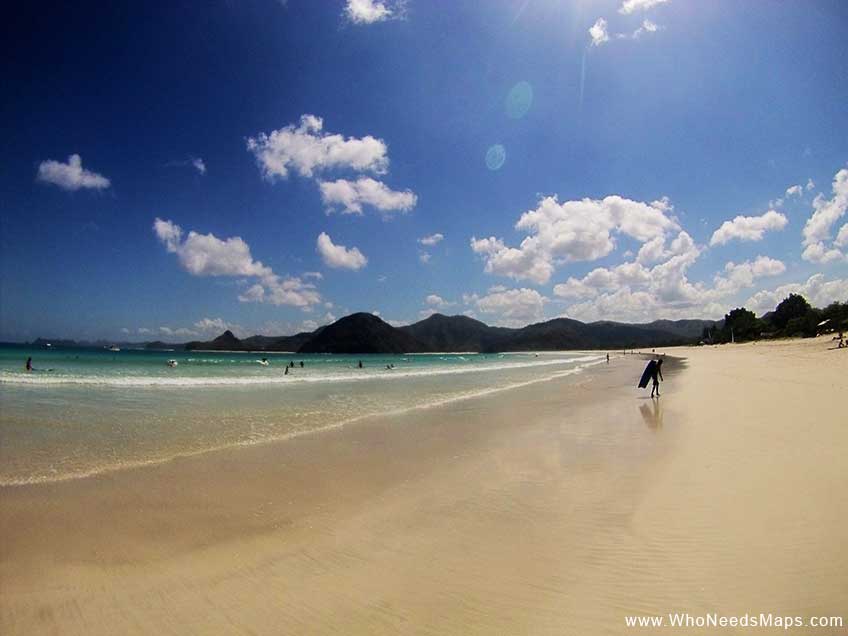 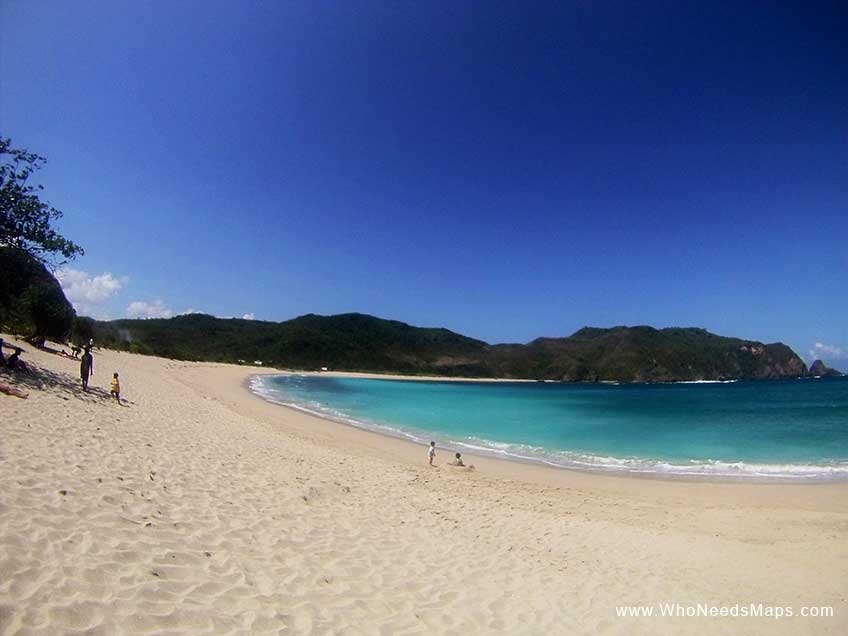 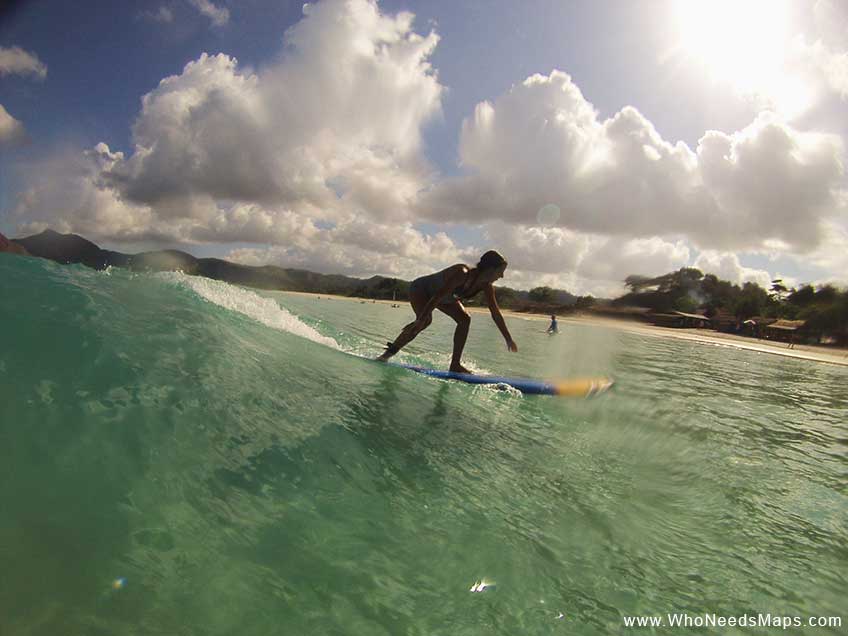 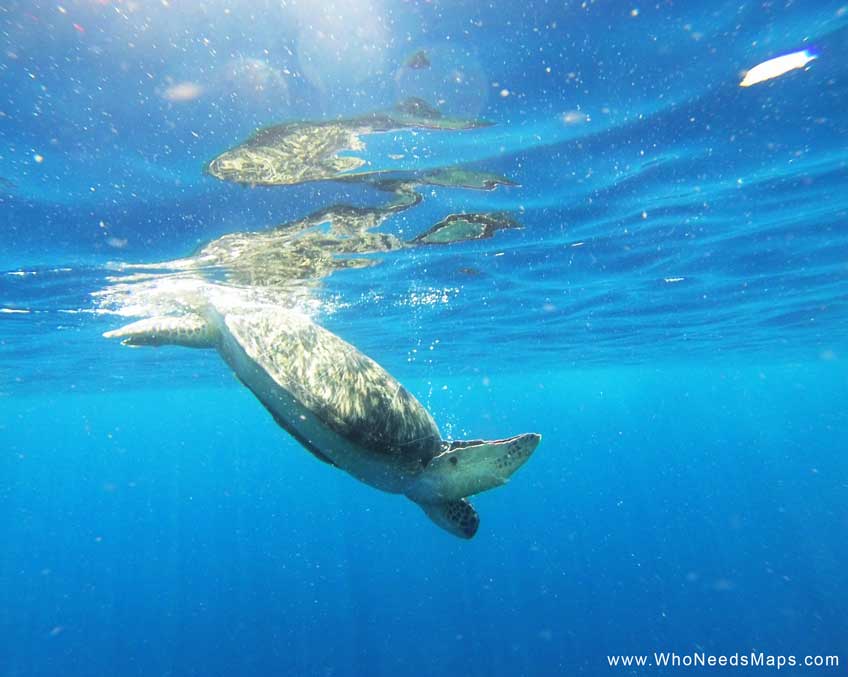 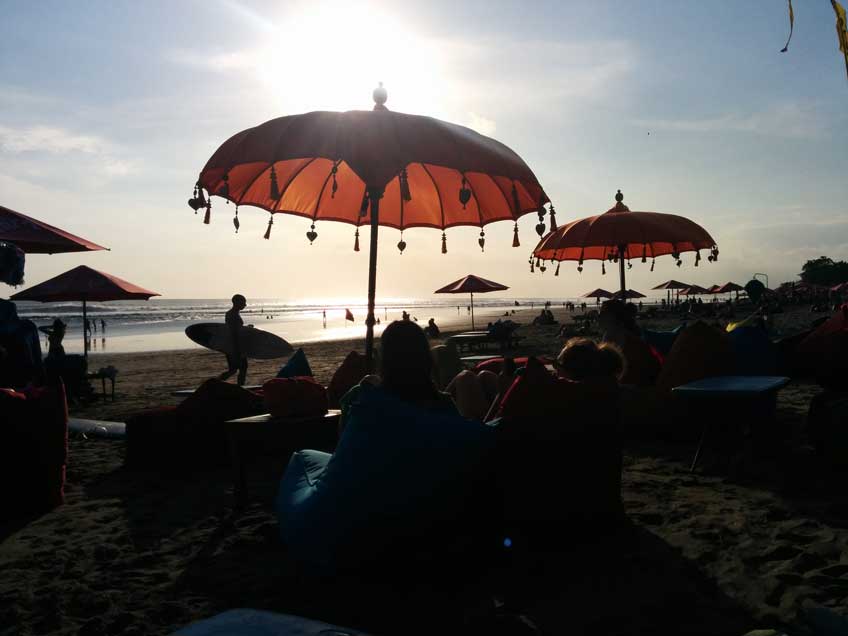 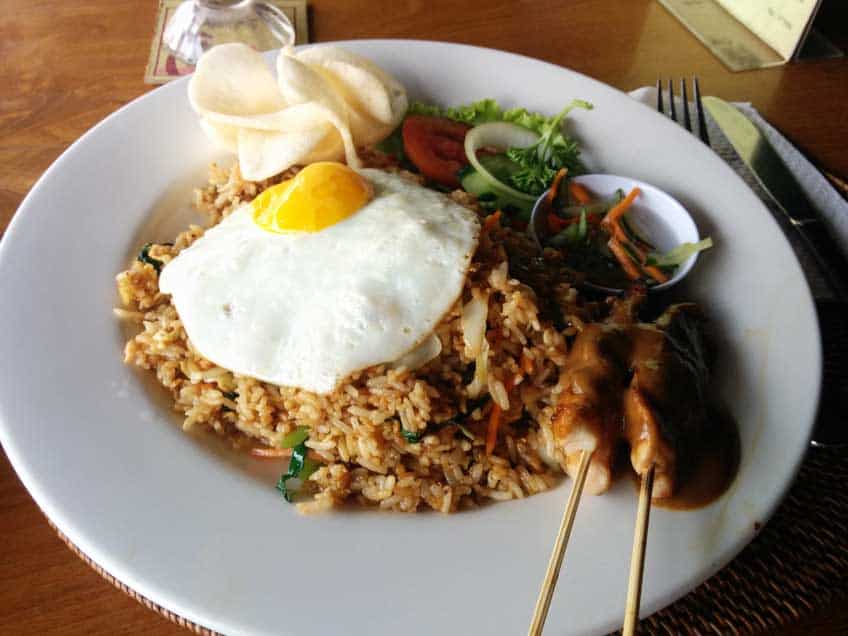 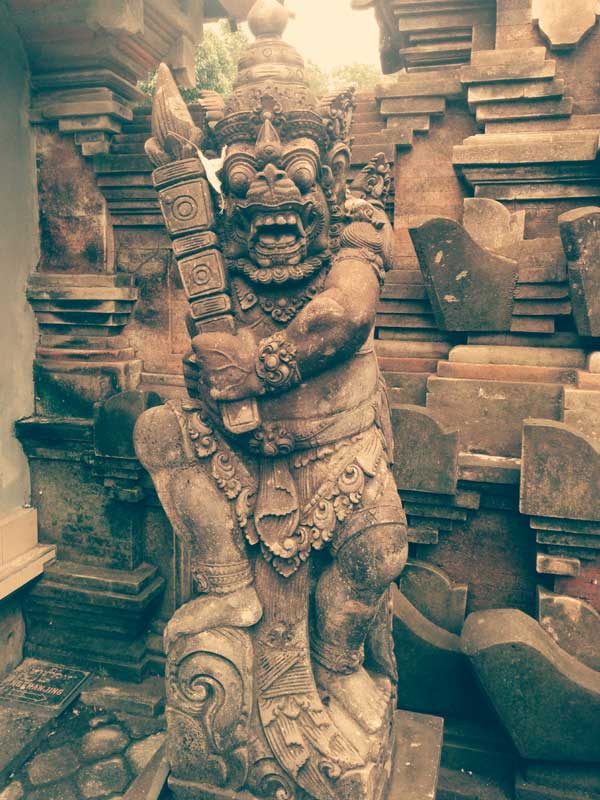 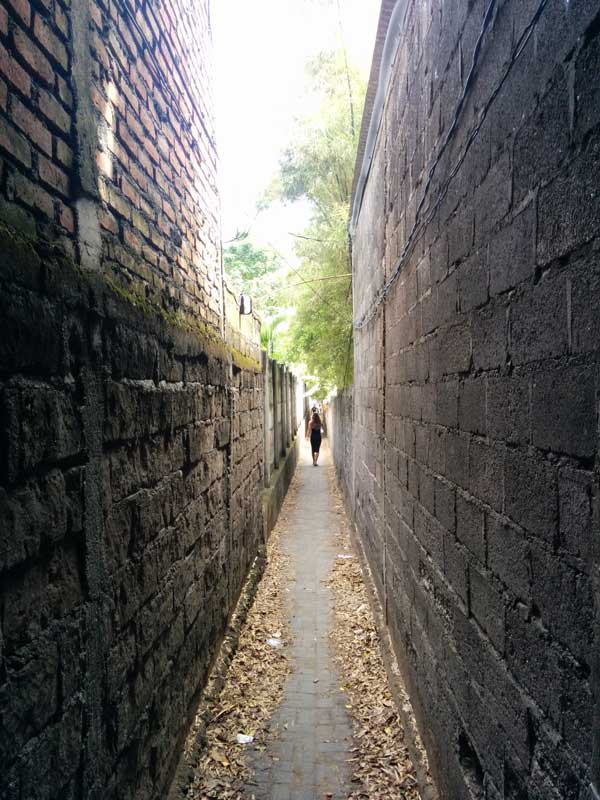 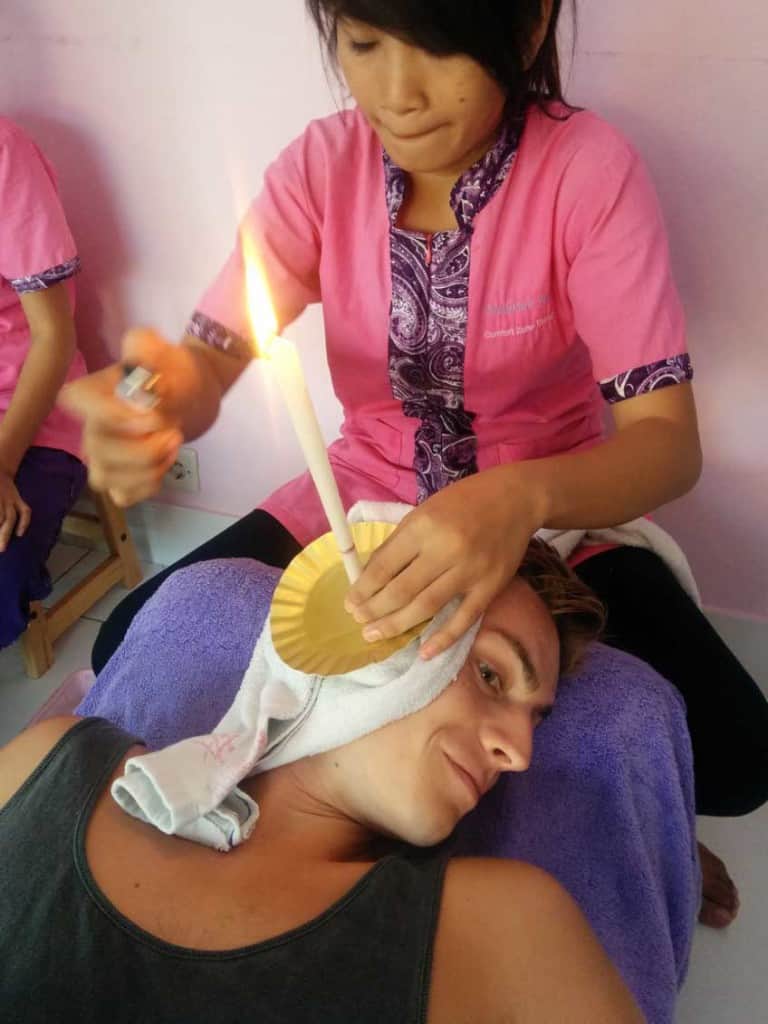 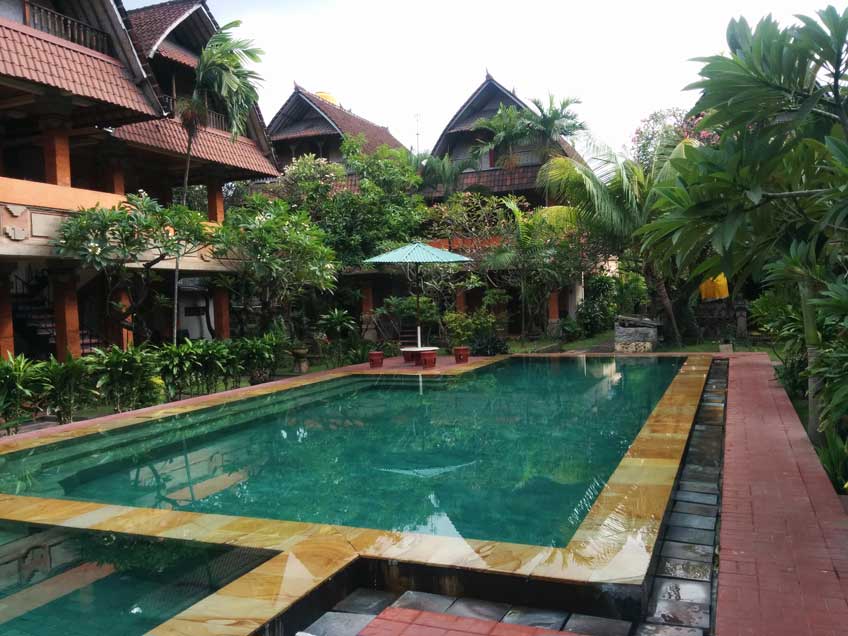 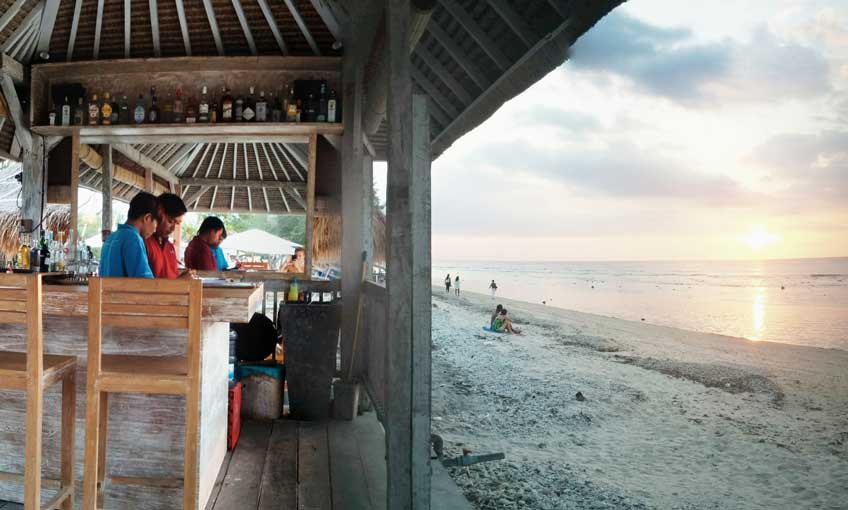 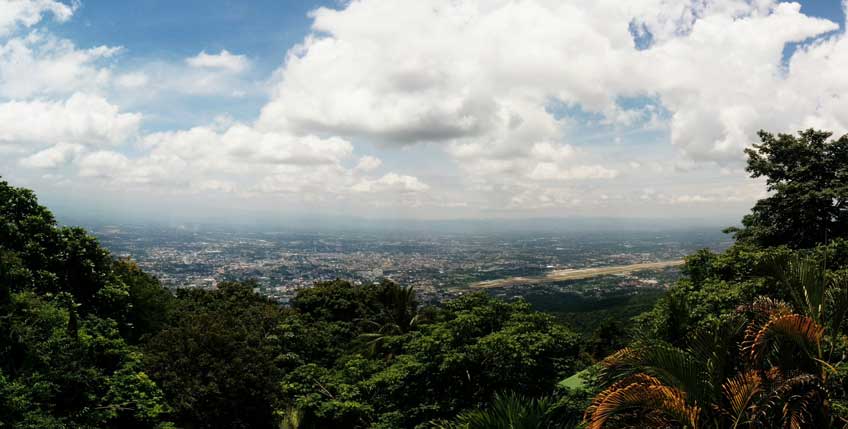