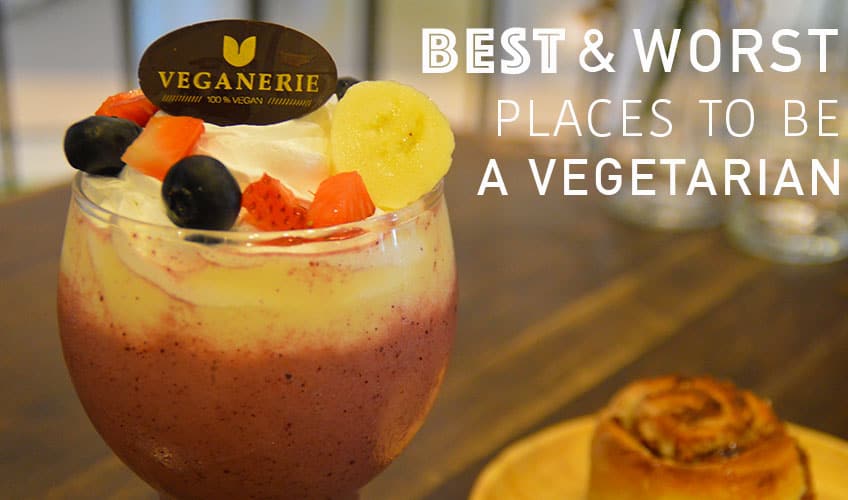 I’ve been vegan for a decade and I’ve spent the better part of that decade hopping around the world exploring this pretty blue planet of ours. It hasn’t always been pretty, but I have no regrets when it comes to my dietary choices.

Over these past 10 years, I’ve had some pretty amazzzzzzing vegetarian food in some surprising and not-so-surprising spots. I’ve also had some horrible experiences that have left me hugging porcelain. To save you fine folks the trouble, I’ve cobbled together a list of some of the best AND worst countries to visit as a vegetarian or vegan. Just keep in mind I haven’t been everywhere…yet. 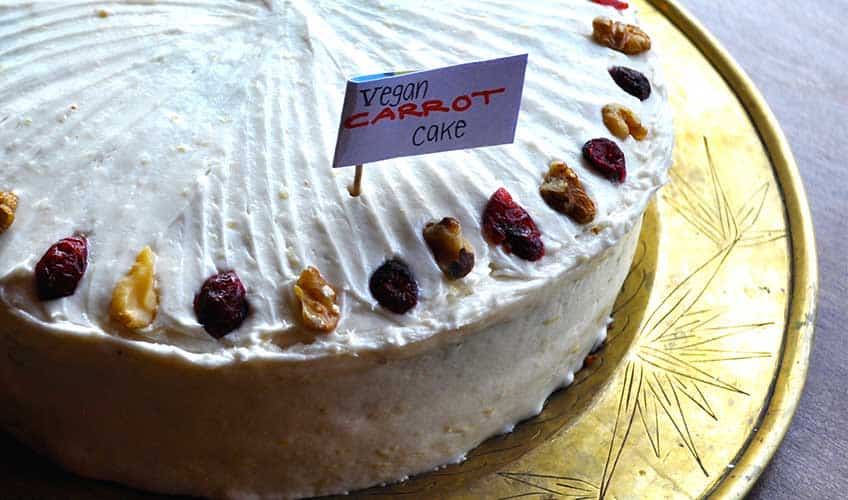 With one of Europe’s highest vegetarian populations, Germany is a pretty great place to find vegetarian food. Berlin is becoming something of a veg food Mecca, with an entire street (!!!) dedicated to vegan food and products. The avenue, Schivelbeiner Straße, even boasts a meat-free supermarket. Definite win.

I was surprised to find out just how veg-friendly Sweden is, but it boasts the same percentage of vegetarians as Germany (around 10% of their respective populations). Even if you find yourself off the beaten path in Sweden, most restaurants and cafes have vegetarian and vegan options and it’s common for grocery stores to have vegetarian sections, too.

Swedish companies like Oatly are doing their part to normalize dairy-free alternatives, and fast-food grills likes Jonsborg in Gothenburg make getting a quick bite easy-peasy, and wickedly delicious.

I totally went over my budget in Thailand because the vegetarian food was so good. Too good, in fact. My days became centered around what I wanted to eat, which smoothie flavour I wanted to try next, and most importantly, what I wanted for dessert. Thailand had some of the best foods of Southeast Asia.

Mango, in Bangkok, was a definite highlight if you find yourself near Khao San Road. Bangkok also had another little veg place, the Veganerie, which had some epic desserts and snacks, albeit pricey ones. My favourite place in Thailand, though, was Blue Diamond in Chiang Mai. I’m salivating as a write. So good. 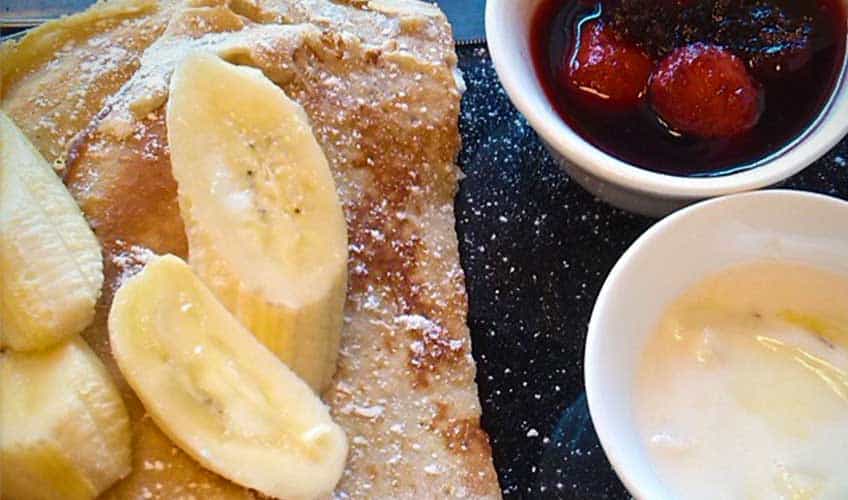 I latched Canada onto the USA because a lot of the same companies operate in both countries and are available at most supermarkets. With great places like The Hogtown Vegan in Toronto, The Sleepless Goat in Kingston, and the simple fact that vegetarian poutine exists in Canada makes it worthy of this list. That being said, the US of A really is the King of Veg Food.

I have yet to fully explore all the veg treats Uncle Sam has to offer, but foodie hubs like New York and Los Angeles really take the cake. And if cake isn’t your thing then you can just cruise around and score yourself some vegan donuts. Heck, Portland even has a vegan strip club. America ftw.

I was surprised about Norway. As a relatively progressive country I expected to find a decent amount of vegetarian options there. I guess I forgot that the country is pretty much in the arctic. Only 5% of Norway’s land is under cultivation and they import over 50% of their food. Though, why they couldn’t import some veggie burgers is beyond me. But let’s be honest – with prices in Norway as they are, I couldn’t afford those veggie burgers anyway.

Surprise! Another arctic nation. Fish, meat, cigarettes, and vodka were the Russian staples I saw consumed the most…not exactly the ideal food pyramid. I was rather hard pressed to stay healthy as I travelled across the country, though I managed to get by on bread and jam and the occasional bag of chips.

Fortunately, Christine was able to throw together some vegan pizza AND a birthday dessert of chocolate-coconut balls while we were in Siberia – an impressive feat on the Russian steppe. Now, in Russia’s defence I did see a Subway restaurant in Moscow…so, well, there’s that. 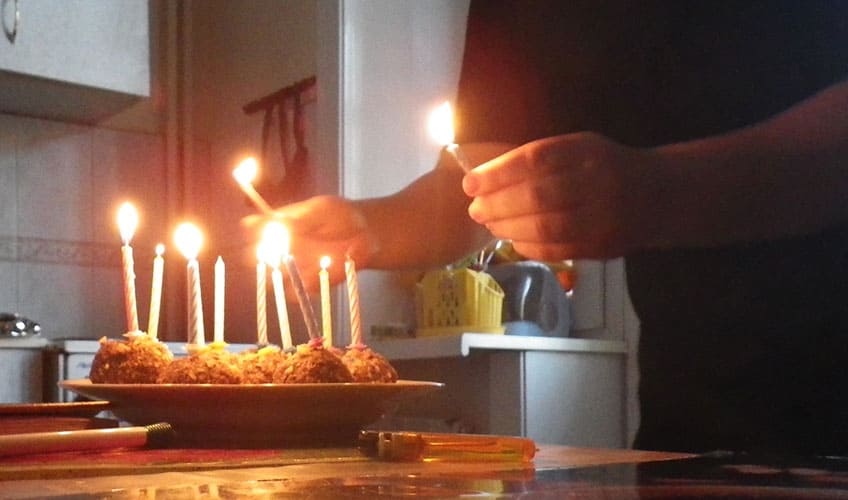 I loved visiting Mongolia! It was such a unique, beautiful place; a vast, expansive landscape washed by brilliant sunsets and peppered with rolling dunes. Unfortunately those dunes don’t really “grow food.” I managed to find a little cafe near the French embassy in Ulaanbaatar which got me by for a few days, but the pickings were relatively slim.

Bold vegetarians may want to try the traditional Mongolian milk tea, Suutei tsai, however since it is made from cow/yak/goat/camel/horse milk vegans may want to politely decline. Beyond that, well, you’re on your own. Just be careful with the dumplings.

While there is a growing number of youth turning to vegetarian and vegan diets in China, meat consumption is still on the rise. Fortunately, there is a growing number of vegetarian restaurants across China…I’ve just not found them to be particularly great. On my second visit to China I ended up puking my guts out after indulging in some veg food in Chengdu, which perhaps slightly spoiled my opinion.

As a budget traveller I even searched for meat-free ramen noddles at a handful of grocery stores but was hard pressed to even find those; the language barrier makes asking dietary questions and reading labels difficult, and those are two very important aspects of being vegetarian or vegan. On the plus side, I was able to get a vegan pizza made for me at a Pizza Hut.

In the end, travelling as a vegan or vegetarian means you need to plan ahead. Accept the fact that it wont always be vegan cupcakes and vanilla soy milk. Sometimes it will be plain crackers and bottled water, so bring a positive attitude…and maybe some snacks. Because you can never go wrong with extra snacks.[/vc_column_text][/vc_column][/vc_row][vc_row][vc_column width=”1/3″][vc_column_text] 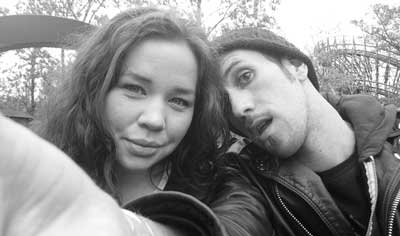 [/vc_column_text][/vc_column][vc_column width=”2/3″][vc_column_text]Chris is the less-attractive half of the backpacking couple from Lessons Learned Abroad. Straight Edge, vegan, buddhist, and balding, he is presently roaming the globe on a budget with his partner Christine in search of adventure, vegan snacks, and the art of being human. For backpacking advice, calamitous tales, and philosophical reflections on the world of travel you can check our their blog or find them on Facebook, Instagram, or Trover.[/vc_column_text][/vc_column][/vc_row]