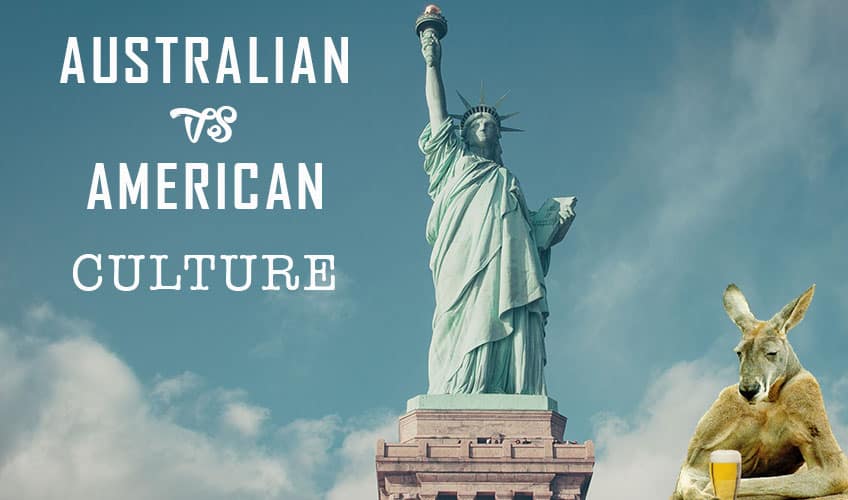 Jack has recently moved to the States from Australia. We all know Jack is the Aussie and surprisingly there are a ton of Australians in America, but after he moved to The States, he stuck out like a sore thumb like all Australians do!

Wearing “thongs” everywhere (including The Great Wall of China…seriously, who does that?), horrible tipper, calling every person ‘Mate’, it was pretty obvious he wasn’t from here. But to him, that’s normal! Although, both the US and Australia are English speaking countries and seem pretty similar, people don’t think there is a big culture difference.

Boy, is that a huge misconception.

The culture shock is very, very real, but many of us don’t realize how foreign America may be to many tourists! America is portrayed tons in the movies and on TV, but is it anything like that when the tourists arrive? Nope!

Here are a few things that Jack found strange after moving to the US.

Tipping and tax on services, food, and products is common knowledge in The US. People would get offended when Jack didn’t tip; “Was my service not ok?”, “Is there something wrong?”…Oops! He had to learn the hard way. 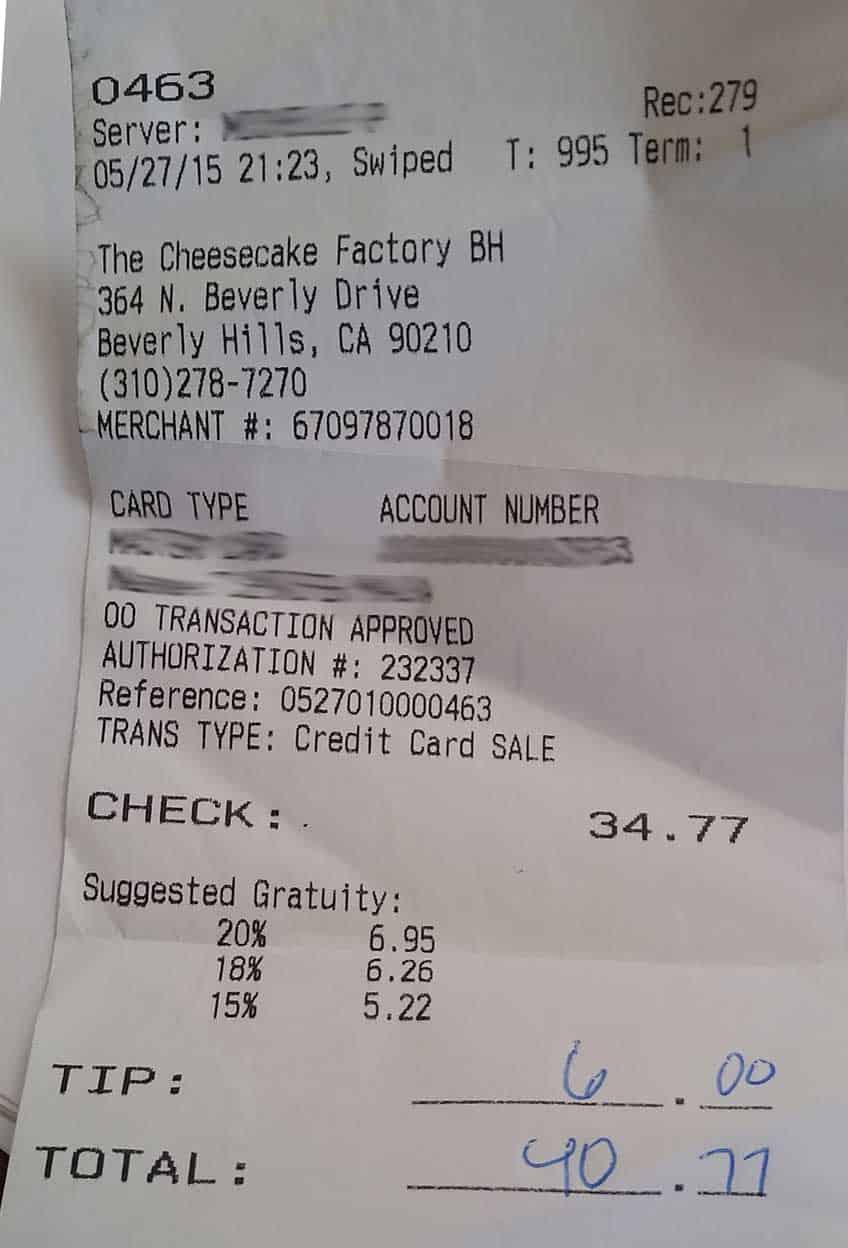 Myki may not be the best system but at least it gets the job done. On the other hand, to preload a metro card in LA takes 48 hours until you see the money on your card.

On top of that, it takes way longer on the bus to get from point A to point B, it just makes no sense. If you know the LA bus system, there are quite a few characters that ride it!

3. Driving on the opposite side of the road

If you think about it, driving on right side of the road makes more sense. It goes clockwise, but in America, we drive on the left, going counterclockwise.

Jack was most thrown off when he had to drive along a roundabout and which way you had to start turning. He also strays to the right when driving–terrifying for me when I am the passenger! 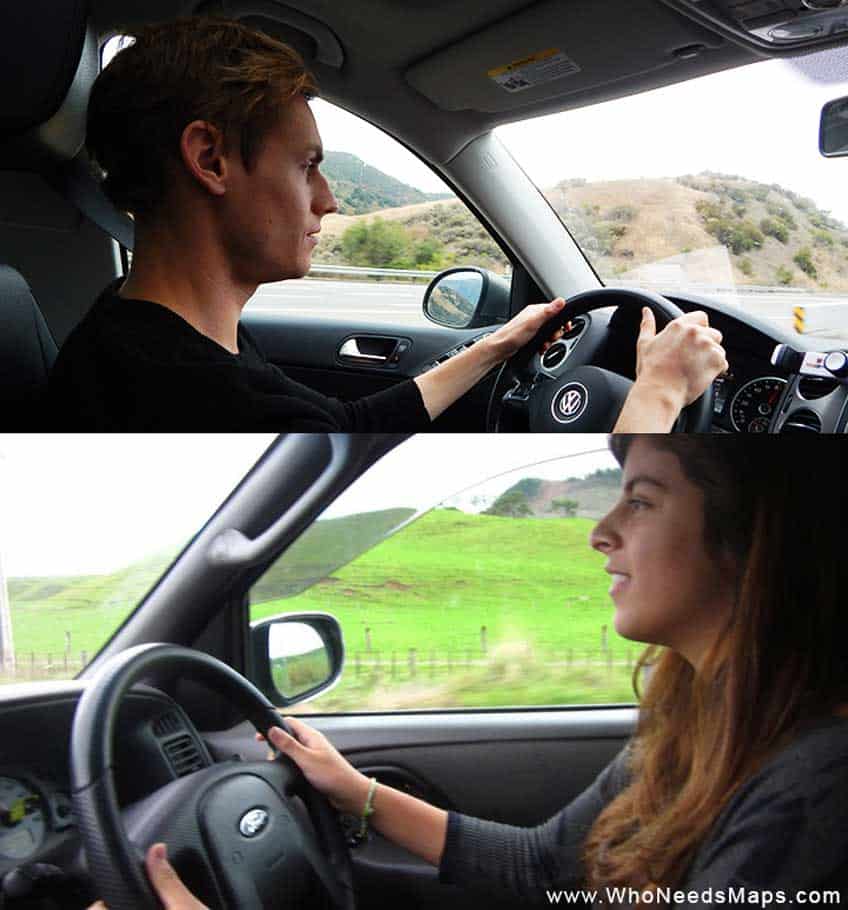 I remember the fear on Jack’s face when I first turned right on a red light. He was in shear panic mode and totally freaked out! They don’t turn on reds in Australia, but in LA, we got to keep the traffic moving!

5. Drinking in America is social not cultural

As an American, we drink to get f*$ked up. Power hour, drinking games, shots, beer olympics- the sole purpose is to get drunk and get crunk. But Aussies love their drinks!

Yes, they do get ‘pissed’ but they drink their beers more for enjoyment. A beer with dinner, a beer while doing homework, a beer just because is totally normal and part of their culture! And in the end, after enjoying a beer or 8, they are ready to go out.

Jack always pregammed to pregames before going out! CHAMP.

Speaking of drinking, drinks are so cheap in the United States. Not only is it cheap but alcohol is found nearly EVERYWHERE, like at a pharmacy!

We have had Aussie friends here buy Grey Goose (the good stuff) because if “they were paying that much money for Smirenoff back home, they might as well pay the same amount for quality drinks!” Damn you, import taxes!! 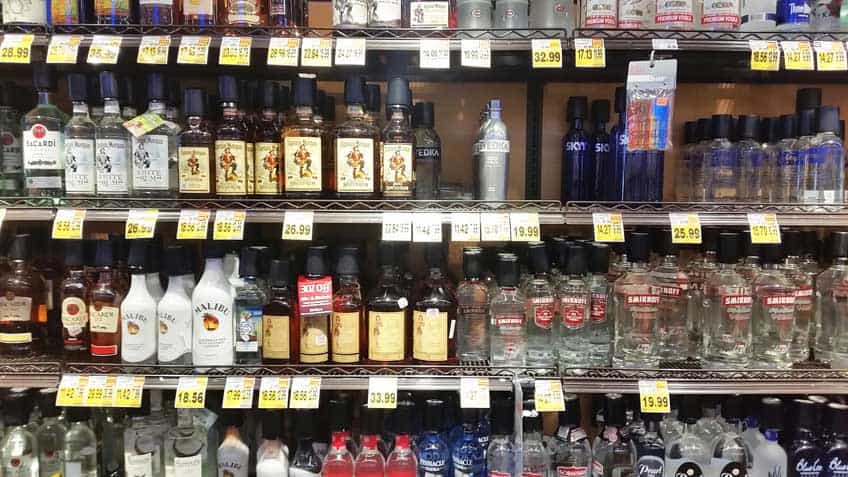 7. Starbucks is held on a very high pedestal

Why is everyone so obsessed with Starbucks (and Dunkin Donuts) in the US? These coffees are horrible, super sugary, and rather large. 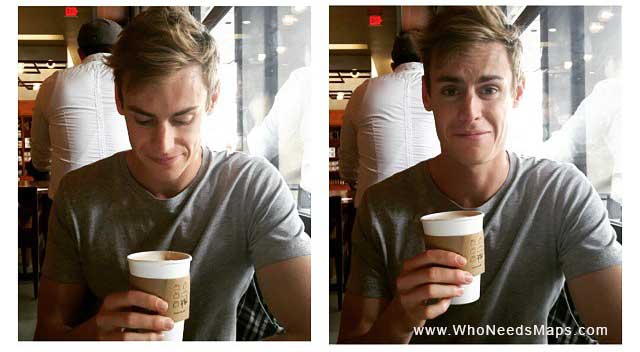 In America, people meet up at bars but in Australia, coffee shops are the best place to catch up with someone and they even have the BEST brunch!

We made it our “thing” to try new coffee shops every sunday, where we had a nice coffee and an amazing poached egg breakfast. The coffee shops in Australia were some of the best places to meet up with people rather than a bar and the greatest place for a delicious brunch.

It may be a culture thing, but it’s damn good and there isn’t much like it in the States. 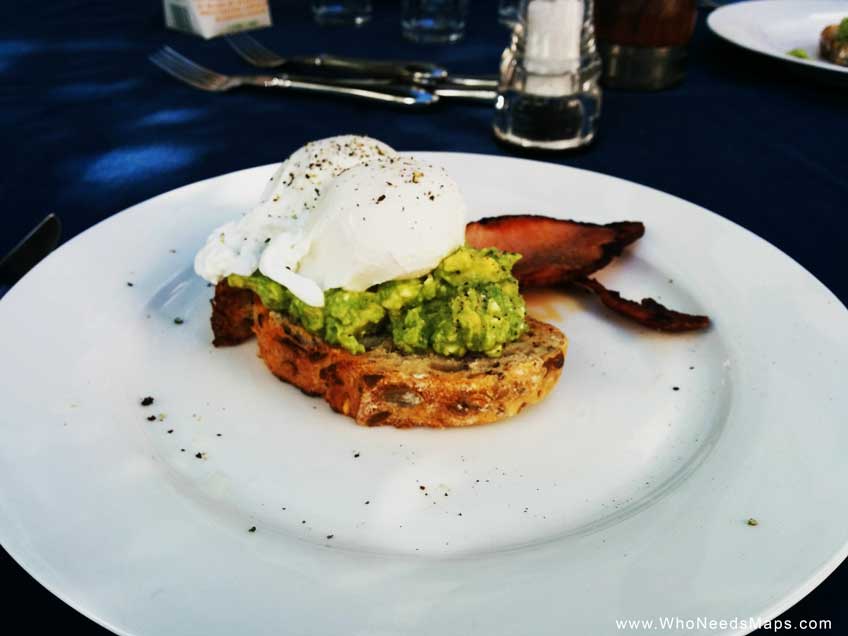 9. Just use the metric system already!

Miles is how many feet? How many inches are in a yard? Millimeters, centimeters, meters, Kilometers, it all goes by 10. Easy and done. 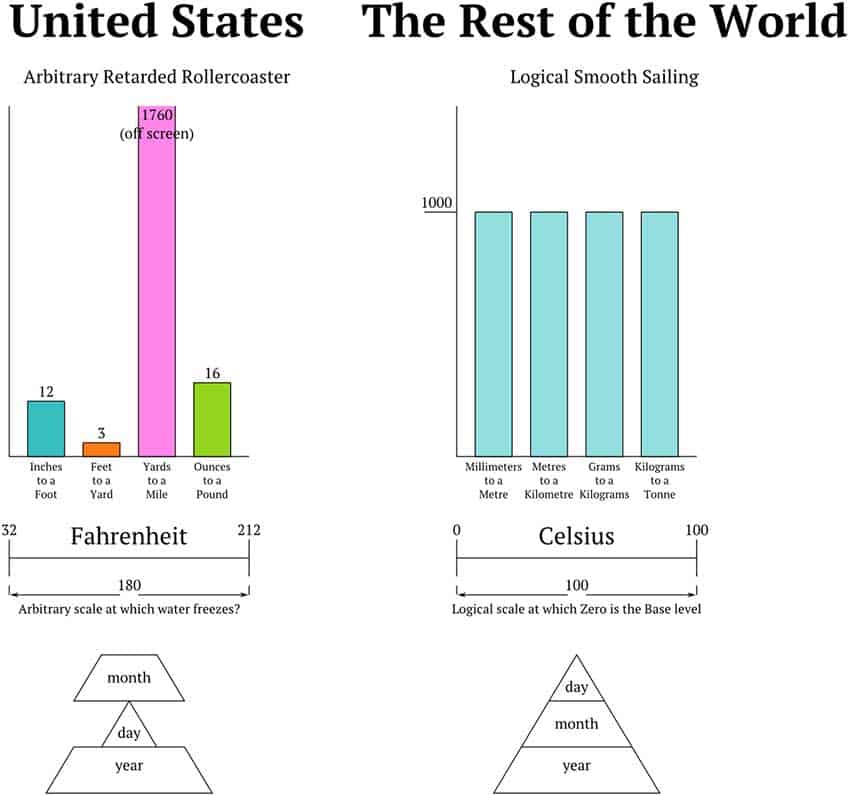 This is unheard of in Australia. I’ll have ONE coke, please. Refilled 12 times, thanks.

In Australia, you have to pay for condiments. $0.50 for a packet of ketchup is a joke. In America, you can get UNLIMITED CONDIMENTS!!!

Ketchup, mayo, mustard, relish, sugar, extra pickles, In N Out secret sauce, tapatio, soy sauce, it is condiment galore and it’s all FREE! That’s how we stock our kitchen with condiments, with a heap of free condiments from restaurants served to you in a basket. Thanks America! 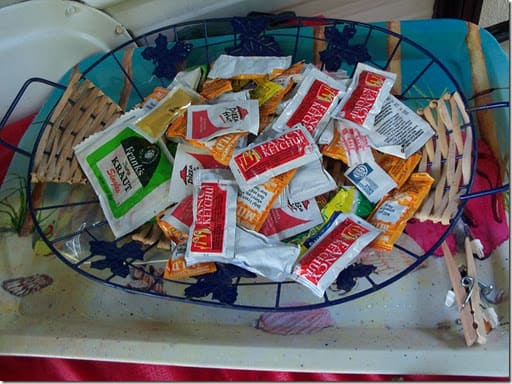 Frat parties are such a foreign concept to Australians. After seeing Van Wilder and Old School, hazing, drinking every night, the coolest parties and getting all these girls seems like a dream!

These don’t happen in Australia, they just have American themed parties advertised with beer pong and red cups. Frat parties is a huge part of the college experience and it is very different to the college life in Australia.

13. Why do people always ask me if I drink Fosters, eat vegemite, get attacked by wildlife and ride Kangaroos to school?

All of these are false stereotypes, apart from riding a Kangaroo to School. That actually happens… 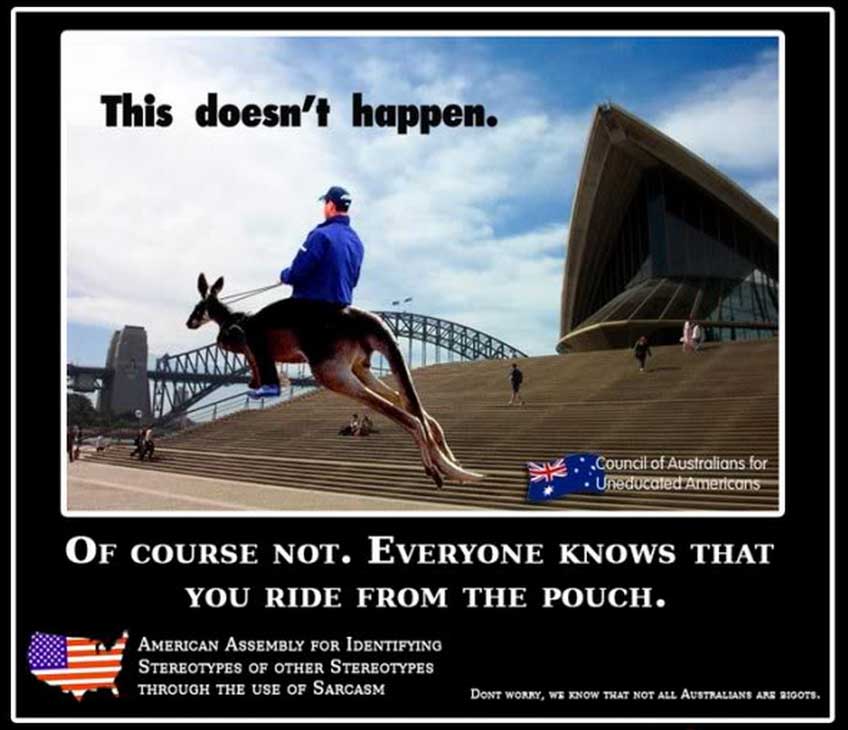 but actually, please send us Vegemite, we are in dire need.

14. Americans and their Gun laws

16. Australians work to live and Americans live to work

This is something Jack quickly learned after getting a 9-5 job. In America, they work you to the bone for minimal benefits and pay. But in Australia, you work to live.

Once you finish work, you hang out with friends, go to a bar, and enjoy yourself. Most people in America, finish work, go home, and do more work. It is a different mind set, which ultimately leads to Australia being a much happier and laid back country.

**Yes, this was written by me, Jenn, a non-Australian, but I have consulted with Jack to write this post based on his opinions!

What have you found to be culturally strange after visiting America?