The Lively City of Beijing

Beijing was quite a beautiful and interesting city. We only had three days in Beijing which was not nearly enough to scratch the surface, but we were still able to fit in a lot. Also, things took a lot longer and were more crowded  in Beijing during the time we went because we happened to go during one of China’s big holidays, International Labor Day on May 1st, of course. China is already busy on its own, but when there is a holiday period….WOW. Beijing was cram packed!

Things to do in Beijing

Tobaggan down The Great Wall of China

We visited the Great Wall of China, a UNESCO Heritage Site, as you do in Beijing. We booked a tour through our hostel (Sanlitun Youth Hostel) to visit the Mutianyu section of the wall for ¥280 each. The tour included breakfast, busses there and back, an authentic Chinese  buffet lunch, and access to climb the wall. 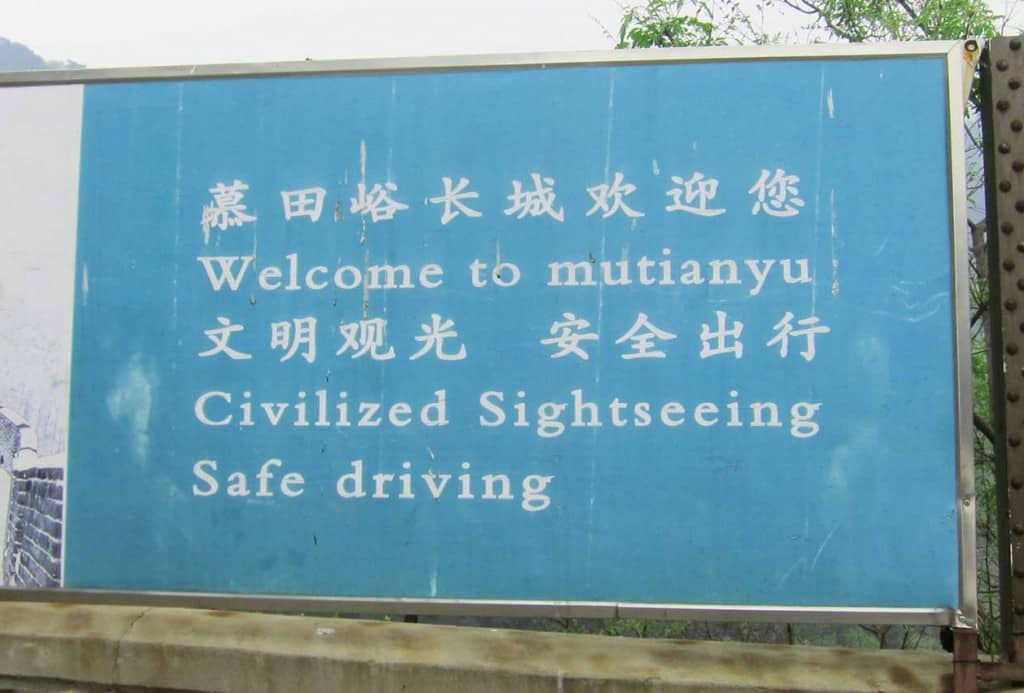 We chose this section because it was said to be less crowded than the Badaling and Juyongguan sections of the wall (although, still really crowded because of the holiday)  and most importantly, it had a toboggan to go down the wall! Yes, you heard right. A toboggan down The Great Wall! We opted to take a cable car up, climb through the hundreds of stairs from stations 1 to 24, and then rode our toboggan down. Epic, right? 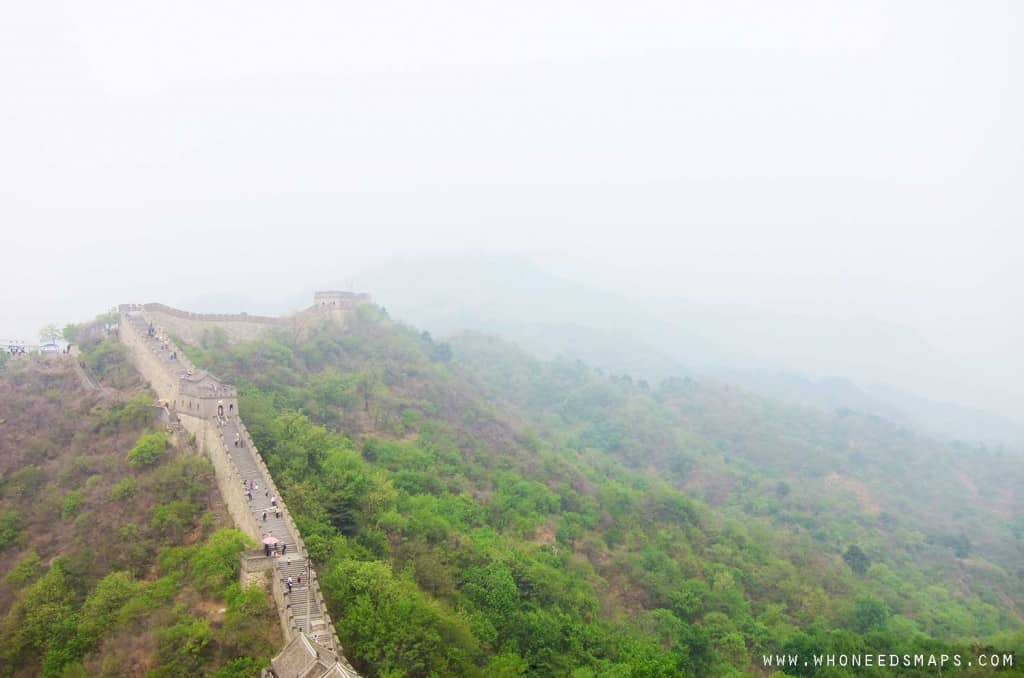 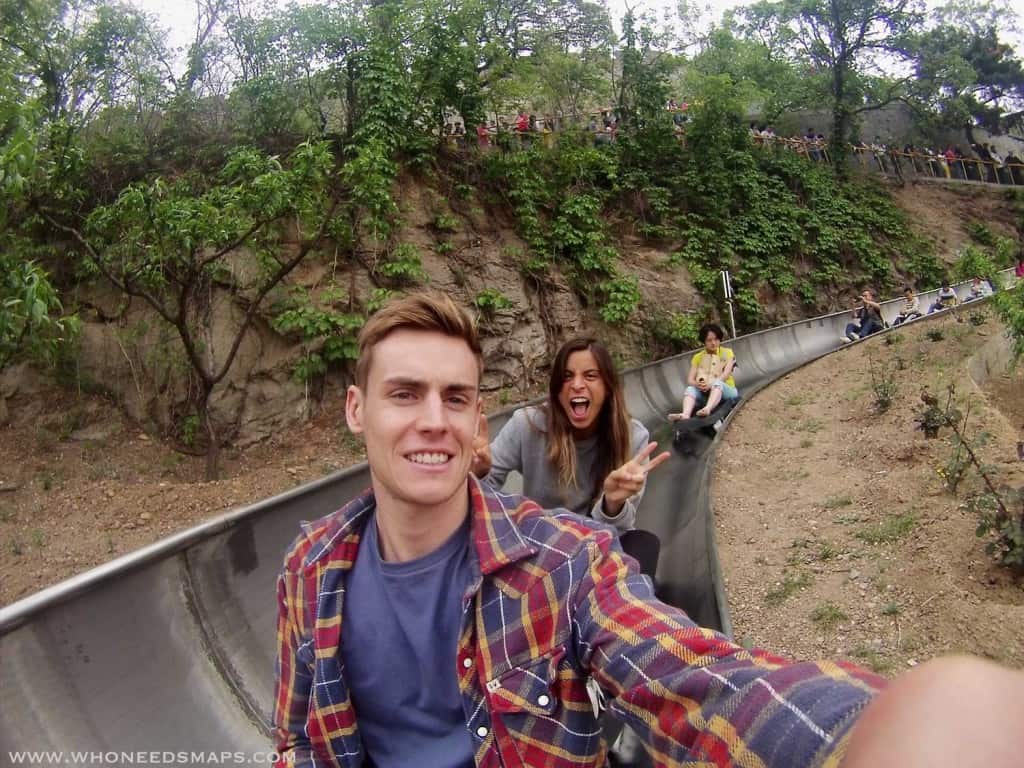 Going up the wall was such a surreal experience. You hear about the Great Wall your whole life, and we finally had the chance to see it. It was like a dream! And for those of you who hate stairs-there are a lot of them. It was a massive hike up so just be ready because we certainly weren’t. We are such naive travelers. However, it was truly a once in a life time experience and was an incredible site to see.

Check out the Forbidden City

We also saw the Forbidden City (another UNESCO World Heritage Site), Tiananman Square, and Hutong Alley all on the same day. Although beautiful, we were not that impressed with the Forbidden City because much of it was restricted and it was just way too crowded to walk anywhere or take pictures. Also, the majority of signs were written in Chinese so we couldn’t get much historical information from all the signs. 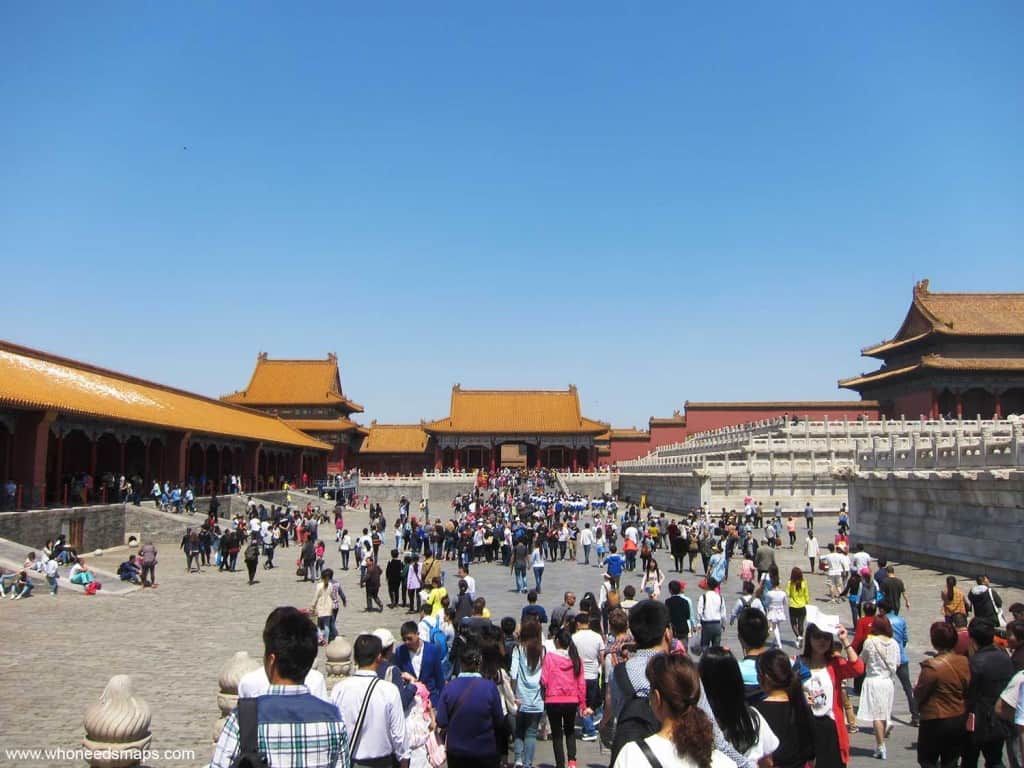 Beijing is also home to the 2008 Olympic Arena aka the Bird’s Nest and Water Cube. The stadiums have super unique structures and are truly a wonderful site. We visited during the day, which was already pretty impressive but not as impressive as it would have been at night (which we didn’t get to see). The lights are apparently bright and colorful and the best time to go is mid afternoon to see it both in the day and lit up! You should definitely take an hour of your day to visit and take a few touristy snaps. 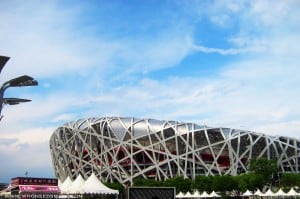 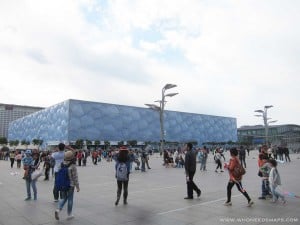 Try all the Crazy Beijing Markets

We really enjoyed the wide array of markets offered in Beijing. We went to the Hutong Alley on a hunt for coffee and lunch. The Wangfujing Markets offered the wonderfully creepy and crazy eats like starfish, bat lizards, scorpion, and seahorse. Jenn got to try three little scorpions and it wasn’t too bad! It tasted like a crunchy thing with a bunch of tasty spices on it. We ended with the Silk market, offering many great, but fake things like shoes, powerbanks, cameras, phones, and clothing. The best part is the bargaining! Remember, always bargain!! 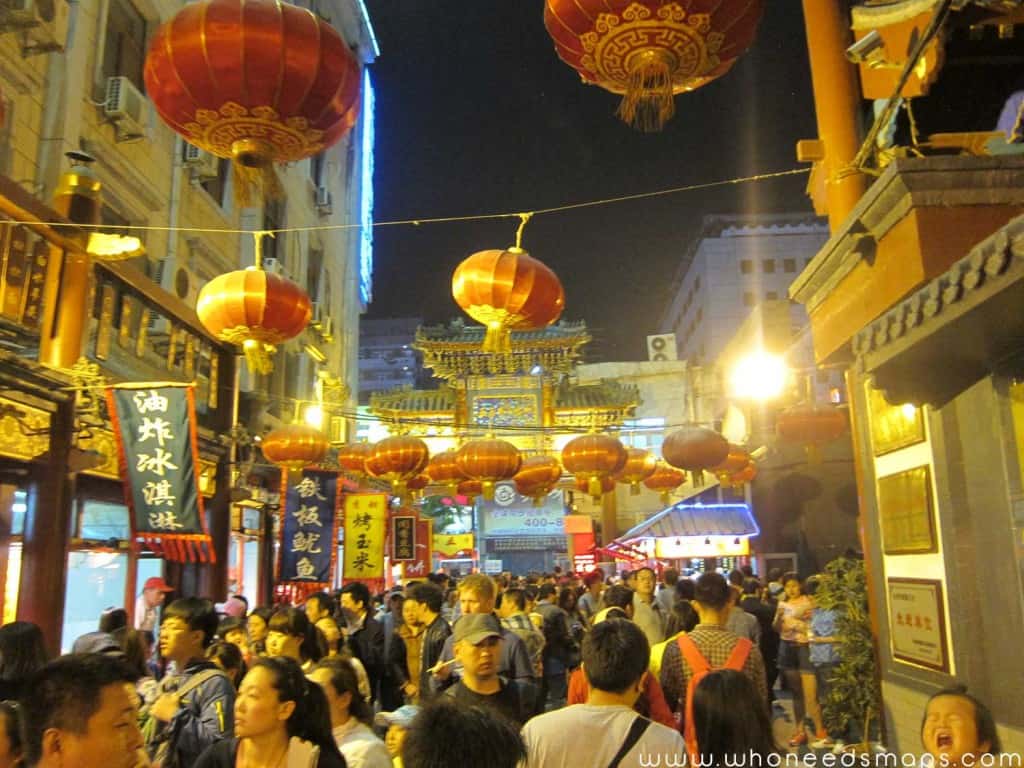 Beijing was great city to visit, but it was really touristy and crowded, mainly due to the holiday. When you visit China, just make sure there is no public holiday during the time and you will truly enjoy the wonders of Beijing!

Know someone visiting China? Be a hero and send them this!