Nothing makes me happier than music festivals, especially Coachella! But seriously…

Coachella brings in a crowd 95,000 people per weekend to see some of the biggest names  (and even a few small ones) to perform music history. This festival sells out within hours! The weekend takes place in lovely Coachella Valley, Indio, California. It is definitely a festival that will satisfy a check on your bucket list! 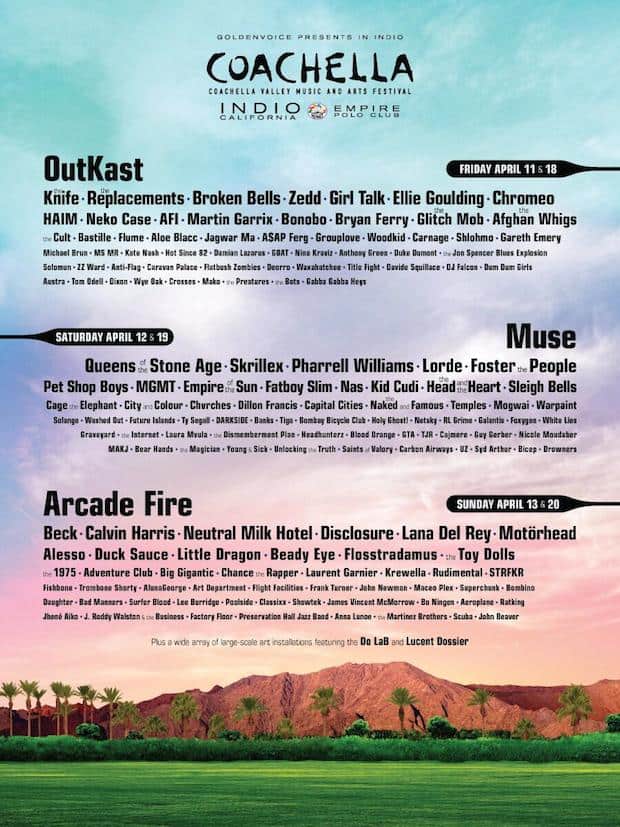 The line up was INSANE! Headlines included OutKast, Disclosure, Calvin Harris, Muse, Queens of the Stone Age, Arcade Fire… ! The line up was perfect. My top 5 was Flume (who I have seen three times now), Haim (and that bass face), Disclosure, Rudimental (So great, seriously so great), and CHVRCHES. A few honorable mentions were Ellie Goulding (god, she was such a sexy performer), Lorde (just a really cool person), Flight Facilities and Kid Cudi.

However, and I say this a bit of sadness, I was really disappointed with Outkast. I don’t think they did themselves justice. To cram top 5 songs  in like 6 minutes at the end of a set is a bit crazy (and they cut off part of Ms. Jackson… what!!). Although, I did meet a few people that enjoyed them, but the majority just said they were boring. They were great performers, but not great entertainers. 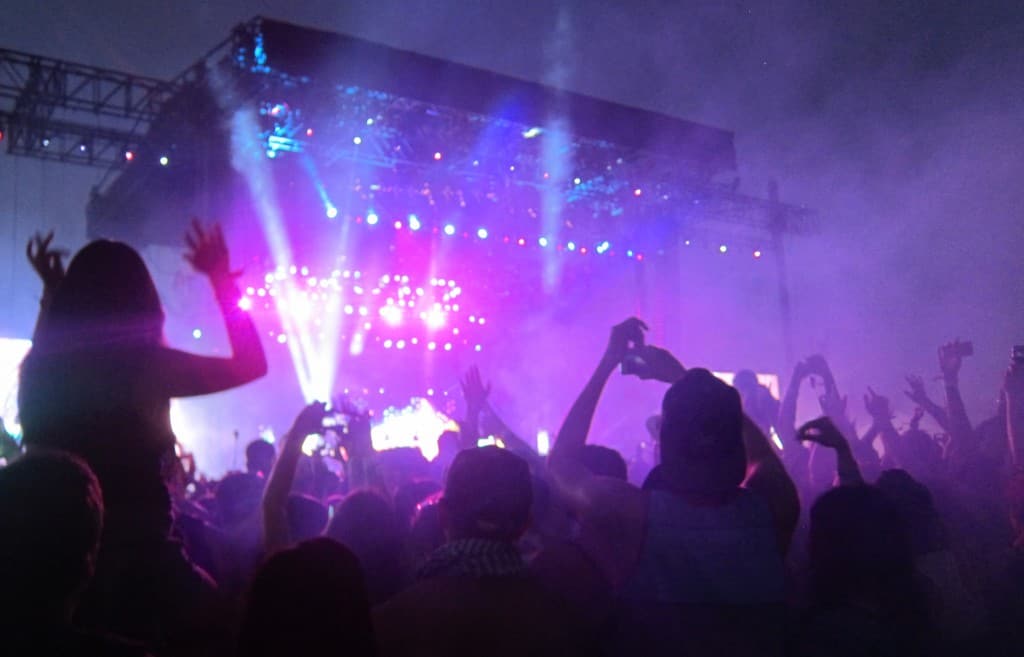 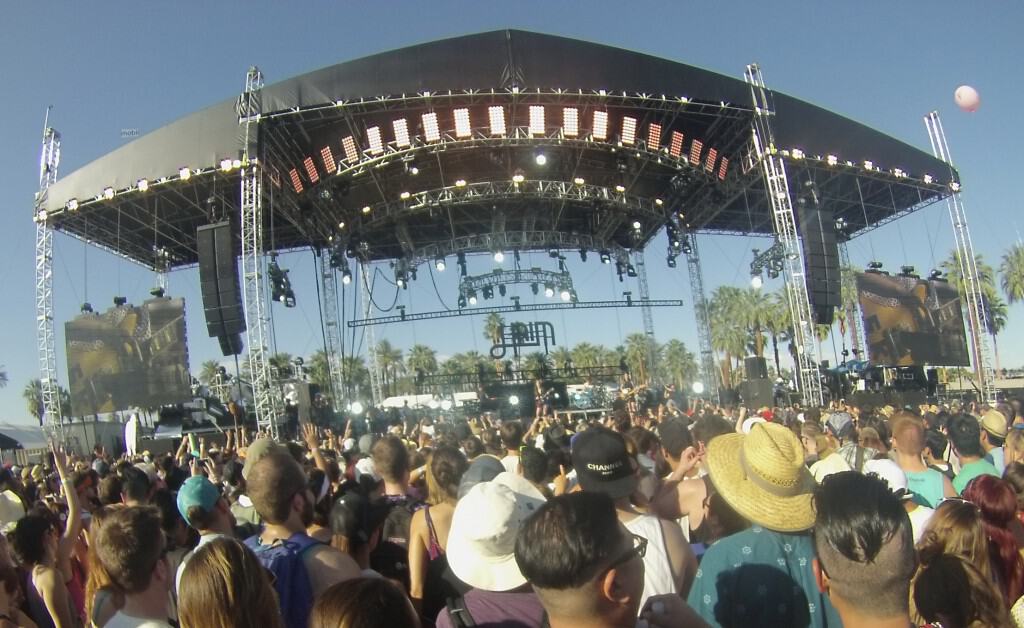 I have had the privilege to go to Coachella as GA, as a person who worked for the festival (with awesome backstage passes), and as VIP-so I have seen it all! This year I had VIP tickets– and yes VIP is great, but there really isn’t much different to a regular GA ticket. VIP tickets at Coachella stands for “Very Important Potties”. The porto’s have smaller lines and are a bit cleaner than GA. Apart from that, VIP has an added little section behind the Sahara tent and near the Main stage which fills up throughout the night. I don’t think it is worth the extra few hundred on these tickets, unless the toilet situation means a lot to you. Oh, and there is Sugarfish in VIP, but that is really it. 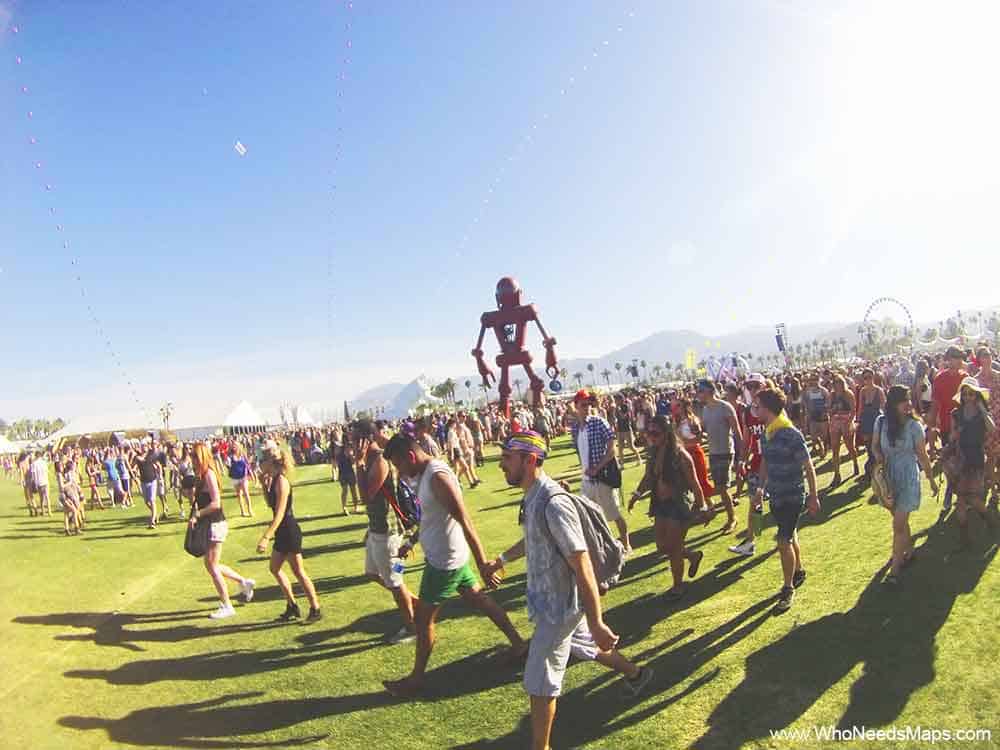 Coachella is Coachella and it is still one of the best experiences I have ever had whether GA or VIP! I’ve experienced GA, VIP, and Artist passes and the pass never made or ruined my experience! It’s all about the people, cool vibes, delicious food, and great music. If you get the chance to go, GO TO COACHELLA! You won’t regret it! 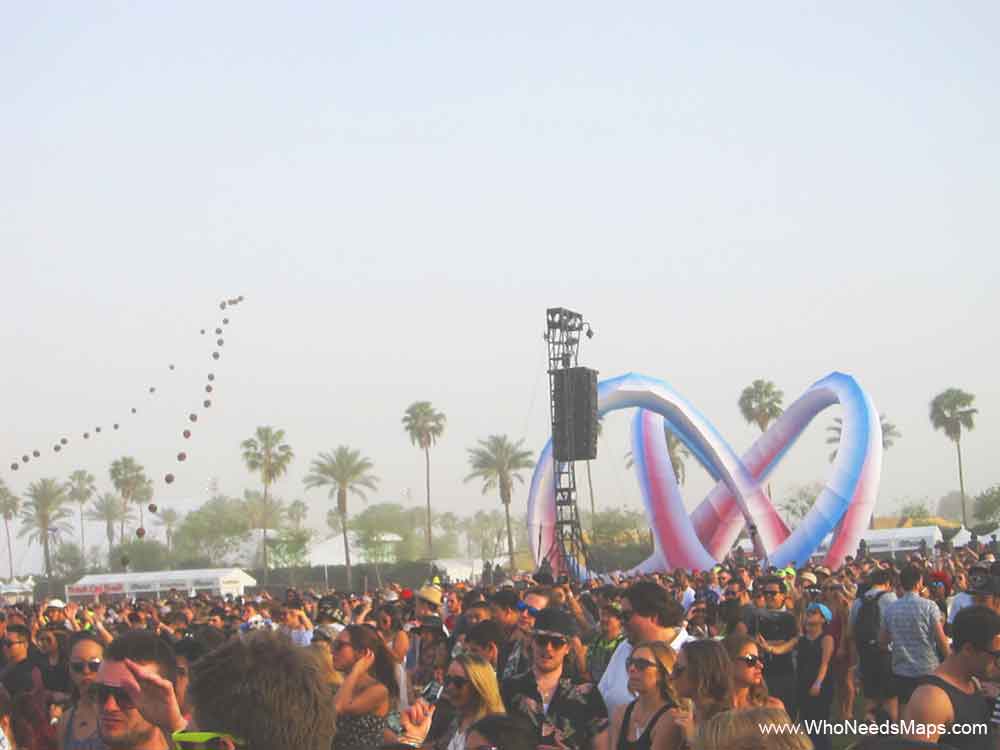 —Wear Sunscreen: You are in the dessert, the sun is beaming, and it is hot! The last thing you want is to be super sunburnt and have hoards of people bumping into you and sticking to you during the show. Ouch!

—Drink water: Like I said above, it is hot! If you plan on drinking, just make sure you keep hydrated. You wouldn’t want to get heat stroke or dehydration and miss your favorite acts…trust me, I’ve seen it.

—Bring a Bandana: This year, there was a massive sand/dust storm and it went in my mouth, in my eyes, in my nose, and every where else possible. A bandana (and glasses) will protect at least your face and vision from the sand. It wasn’t a fun feeling.

—Be open to new music: If you don’t have any performers during a time slot, go see some random performers! Who knows, you might end up really liking it!

—Don’t be afraid to be alone: If you lose your friends, don’t let it stop you from seeing an artist. I actually like going alone! You meet tons of really great people and everyone is just having such a great time that it makes your experience so fun and incredible!

Have you been to Coachella? Tell us about your experience!